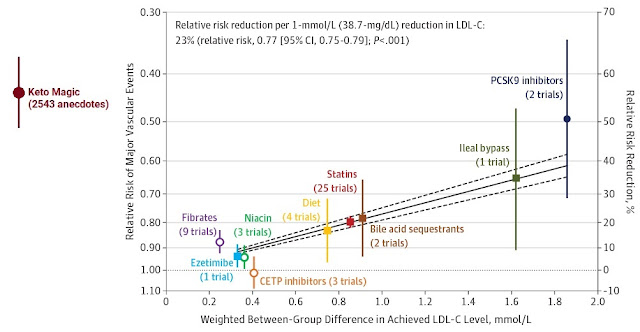 Dave Feldman seems like a nice dude. He's polite. He's charitable. He always addresses others in a respectful, cheerful tone. Sadly, this can often distract from the fact that he is an enormous source of incredibly dangerous misinformation.

Dave Feldman could be described as an "LDL skeptic." He's not skeptical that low density lipoproteins (LDL) play a causal role in atherosclerotic cardiovascular disease (ASCVD). But he is skeptical that elevated LDL is always a risk factor for ASCVD. He often suggests that perhaps LDL does not confer as big of a risk in the context of a low-carbohydrate diet. He has even gone so far as to suggest that a particular lipid phenotype sometimes generated by a low-carbohydrate diet, of which dangerously elevated LDL is a part, could confer health and longevity benefits.

For reasons I won't get into here, there is no truly persuasive reason to buy into any of this nonsense. If anyone wants to read a wonderful critique of his work, it can be found here. His fringe hypotheses carry little weight against the totality of the evidence implicating LDL in ASCVD.

The purpose of this blog article is to demonstrate that his rhetoric has likely led, or will likely lead, to the premature loss of human life. Whether or not this is his intention, it is undeniable that his discourse on social media tends to foster flippant attitudes toward LDL and its role in ASCVD. For example, this rhetoric has led many of his followers to cease, or refuse to start, potentially life-saving lipid-lowering medication. This is an intolerable injustice, and should not be tolerated.

So, I am collecting social media comments left by Dave Feldman's followers to illustrate the sort of dangerous beliefs his rhetoric encourages. Any time it appears as though one of Dave Feldman's followers has been misled or hoodwinked into false beliefs or confusion, I will screenshot it and post it to this archive. All of the included screenshots are from Dave's Twitter and YouTube videos. They all either refer to Dave or are directed toward Dave himself. Enjoy. 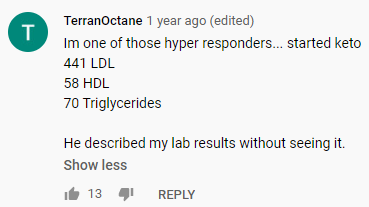 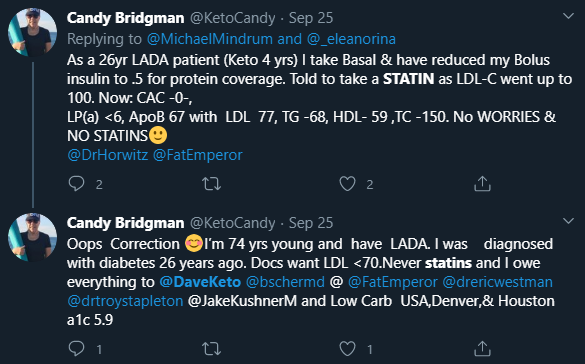 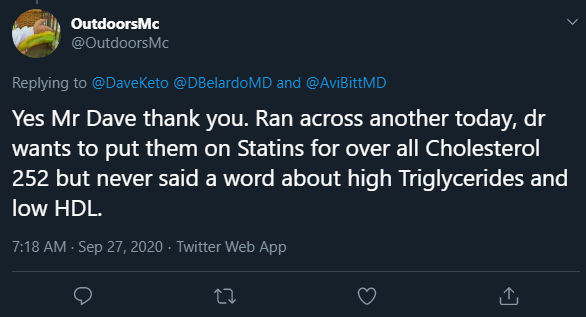 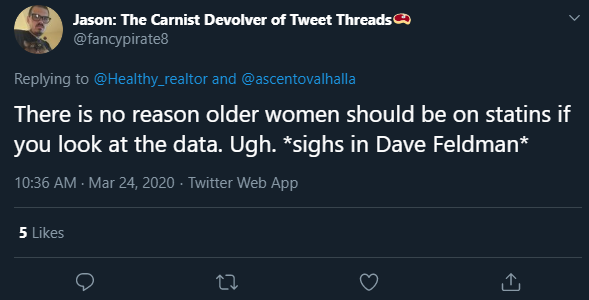 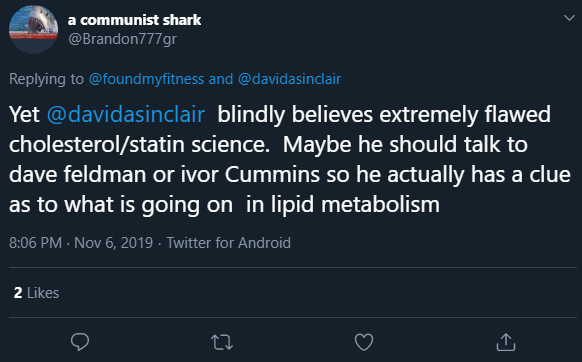 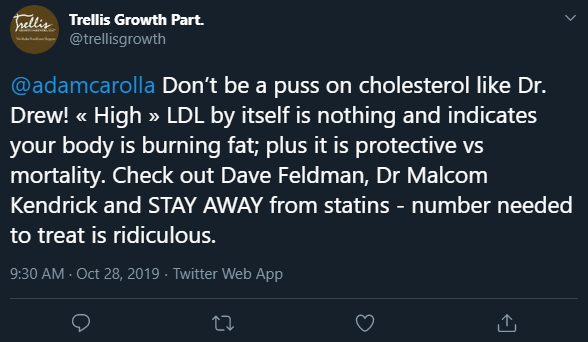 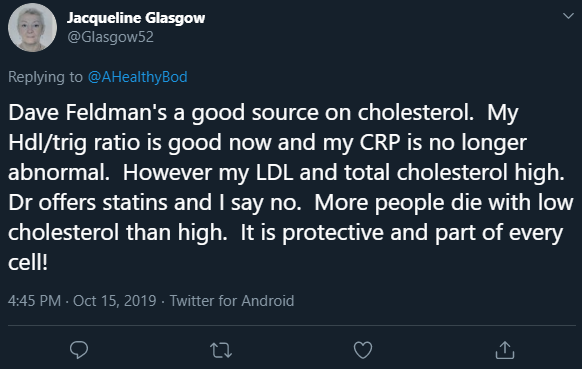 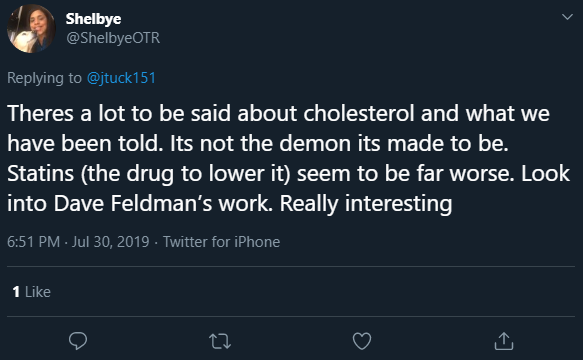 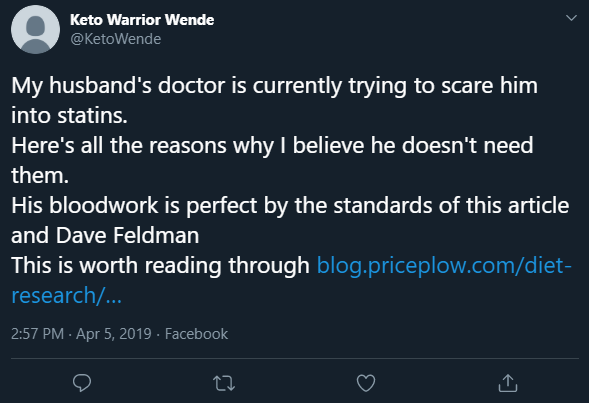 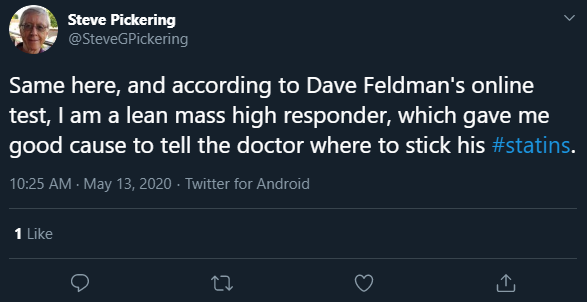 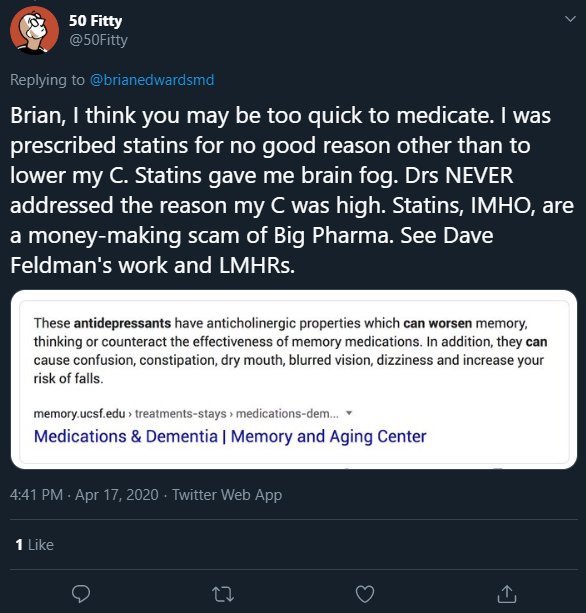 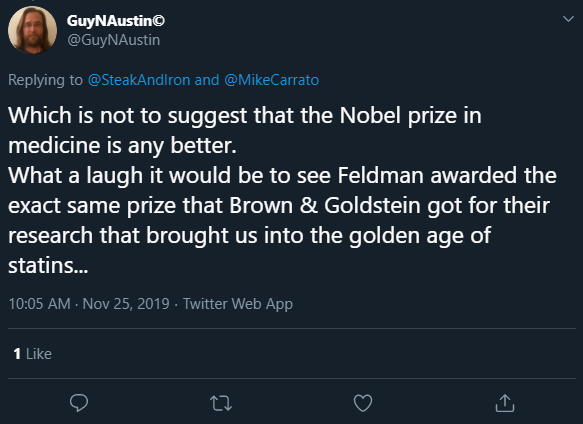 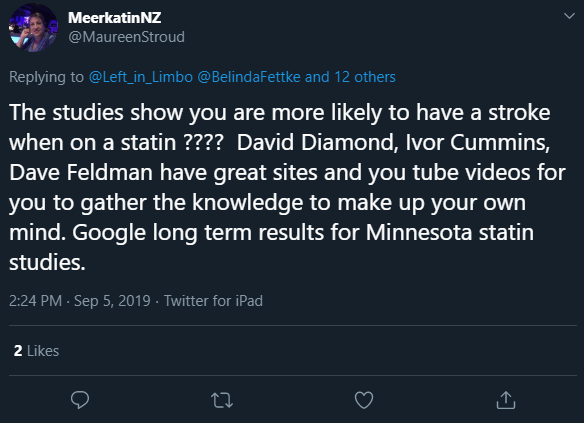 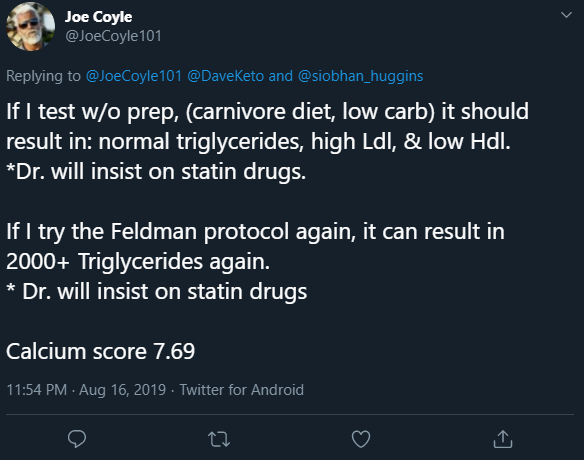 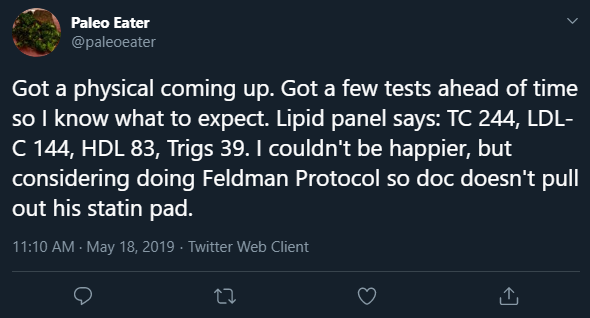 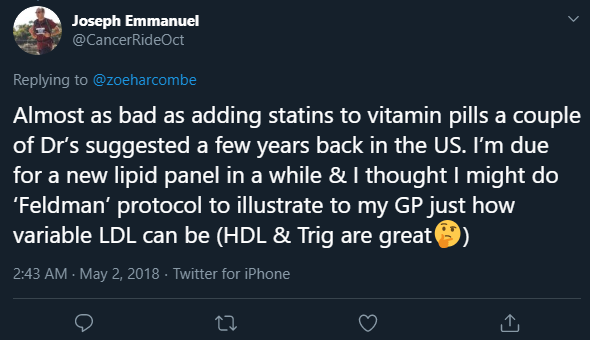 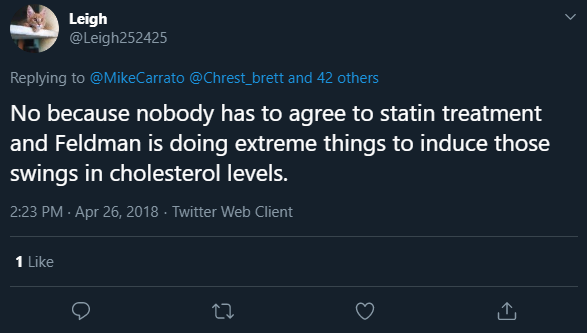 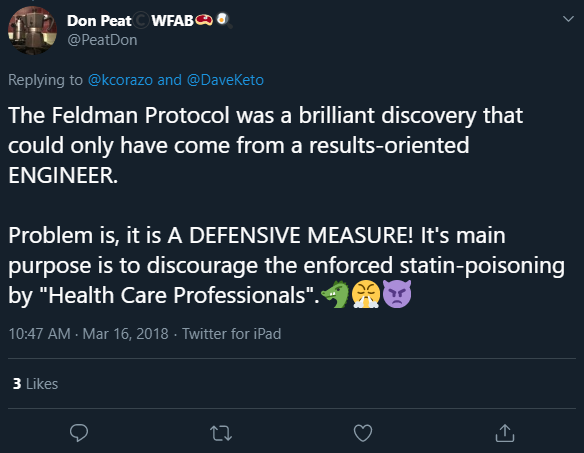 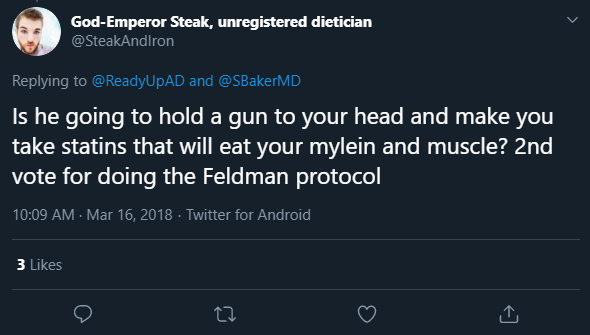 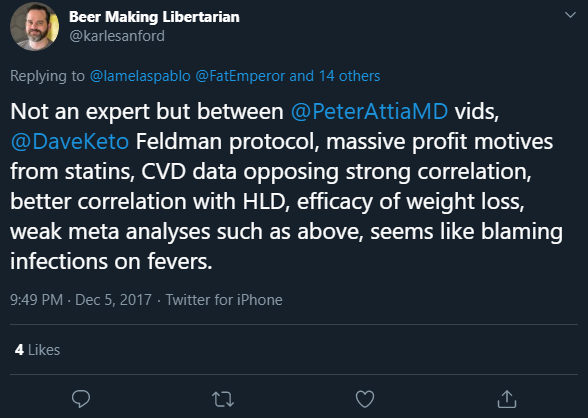 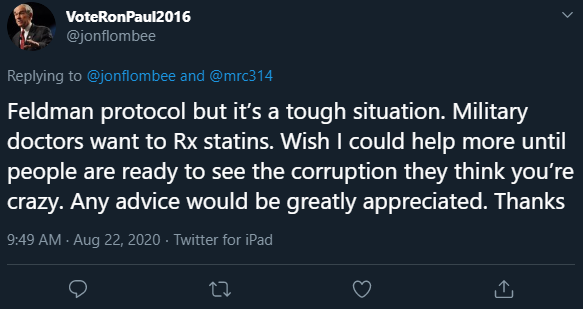 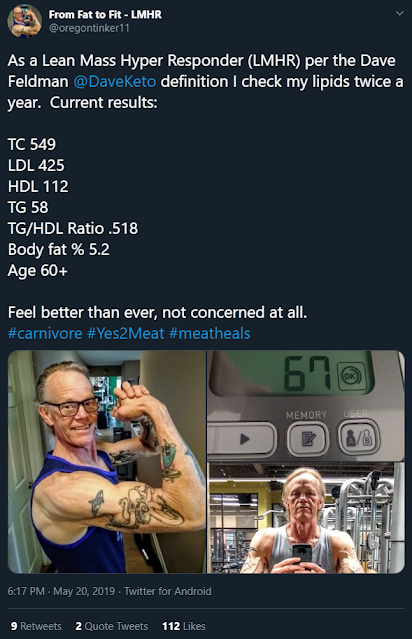 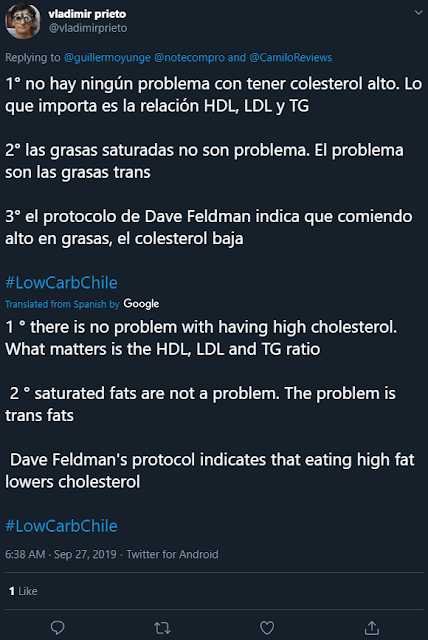 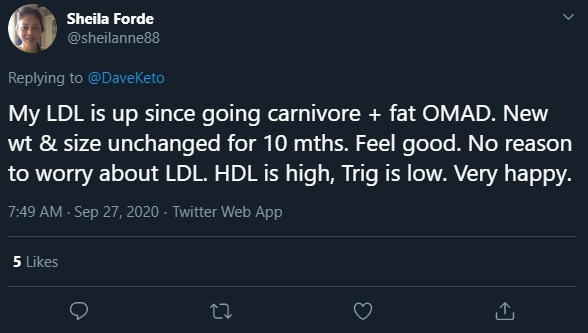 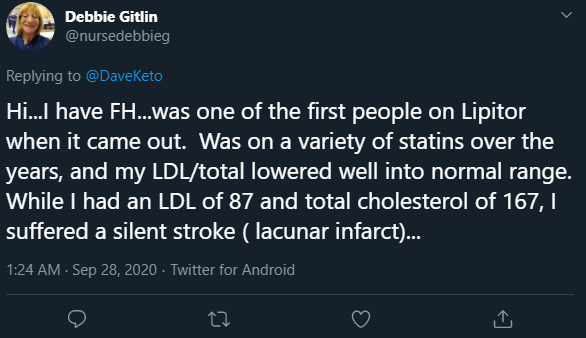 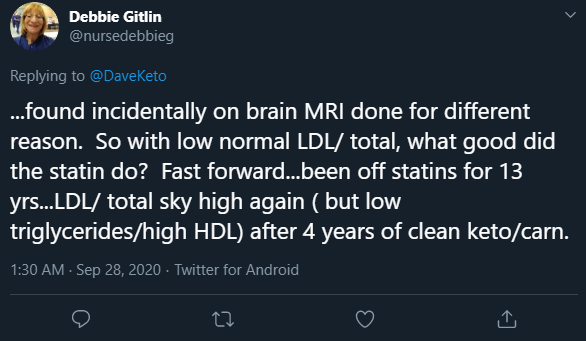 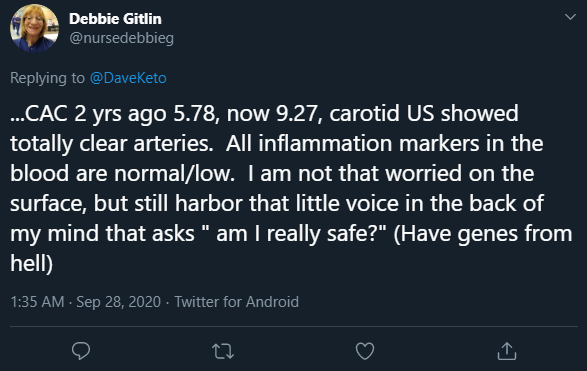 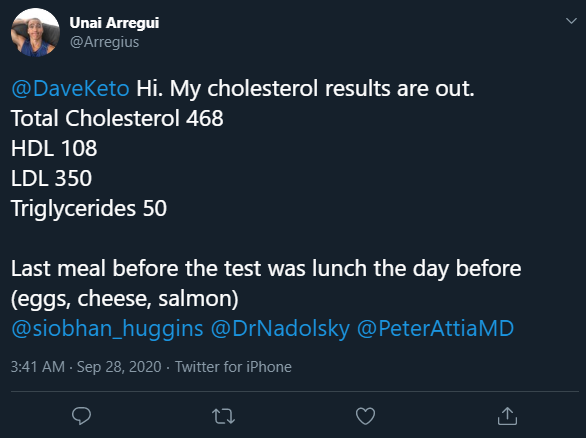 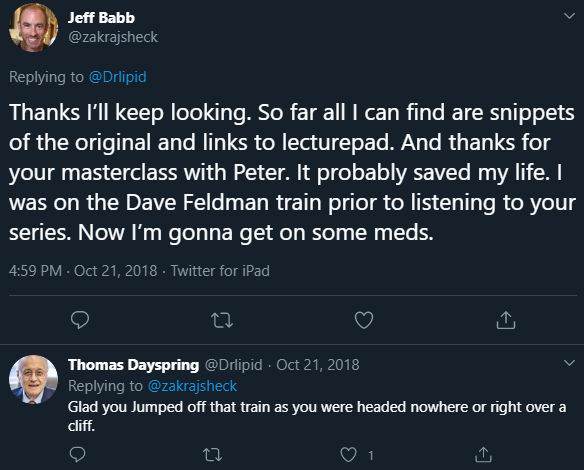